The Tipping Point for EVs and efficiency

A couple of folks have asked me should I buy now or wait. It's a complicated question. We are kind of right now in the iPhone 4 world. Things are getting better but for most people the rate of change is high and it's still inconvenient compared with gas.
The latest Tesla shareholder meeting however did provide some clues as to when the curve slows and it is a no brained. In the same way that the iPhone 6 (at least for me was the transition point where you could use that phone for years and feel good about it as a camera and app platform) number where EVs are as cheap as gasoline cars.
The final one is recharge time. Looks like 2x is coming next year and perhaps another increase after. This means you could get half a charge (200 miles) in way
Well there are three benchmarks that look like they will be breached in the next 2-3 years.
The first is range. With a 30% increase in energy density that makes a 400 mile car very likely. This is a key benchmark as you can get from seattle to Portland and back without a recharge. Or from LA to San Francisco.
The second is the cost. We had not realized Tesla was at a $130/KwH pack cost. Getting to $100 is according to McKinsey that magic number.
The other interesting thing is how efficient EVs really are. I've been riding a bike with a power meter and the typical biker can run for 20 minutes putting out 200 watts. In comparison, we just did a 500 mile plus run in a Chevy Bolt and used 4.6 miles/KWh, this translates into 1,000 watts over an hour getting you 4.6 miles, that's pretty incredible efficiency if you think about it, because a simple human by equivalent standards is burning 200 watts over an hour and they are usually going about 15 miles on that but they are transporting less than 200 pounds while an EV is transporting 3-5,000 pounds.
And remember that the car is averaging 35 mph and peaking at 70mph so that's much faster and wind resistance is huge. If you take speeds more like a bicycle you can get more like 7 miles per kWh and that's more like 140watt hours going 25mph. Basically the same efficiency as a bicyclist who uses 200 watt hours to travel at 15 mph.
The final thing is that unlike humans electric motors have a wider range. For instance on the Bolt it can sip but it can produce 100x more power with a maximum of 150kW. A human can basically spike at 750 watt from 200kW for the average human
Also the number of EVs is really growing. This chart from MIT shows the rapid growth of Tesla cars: 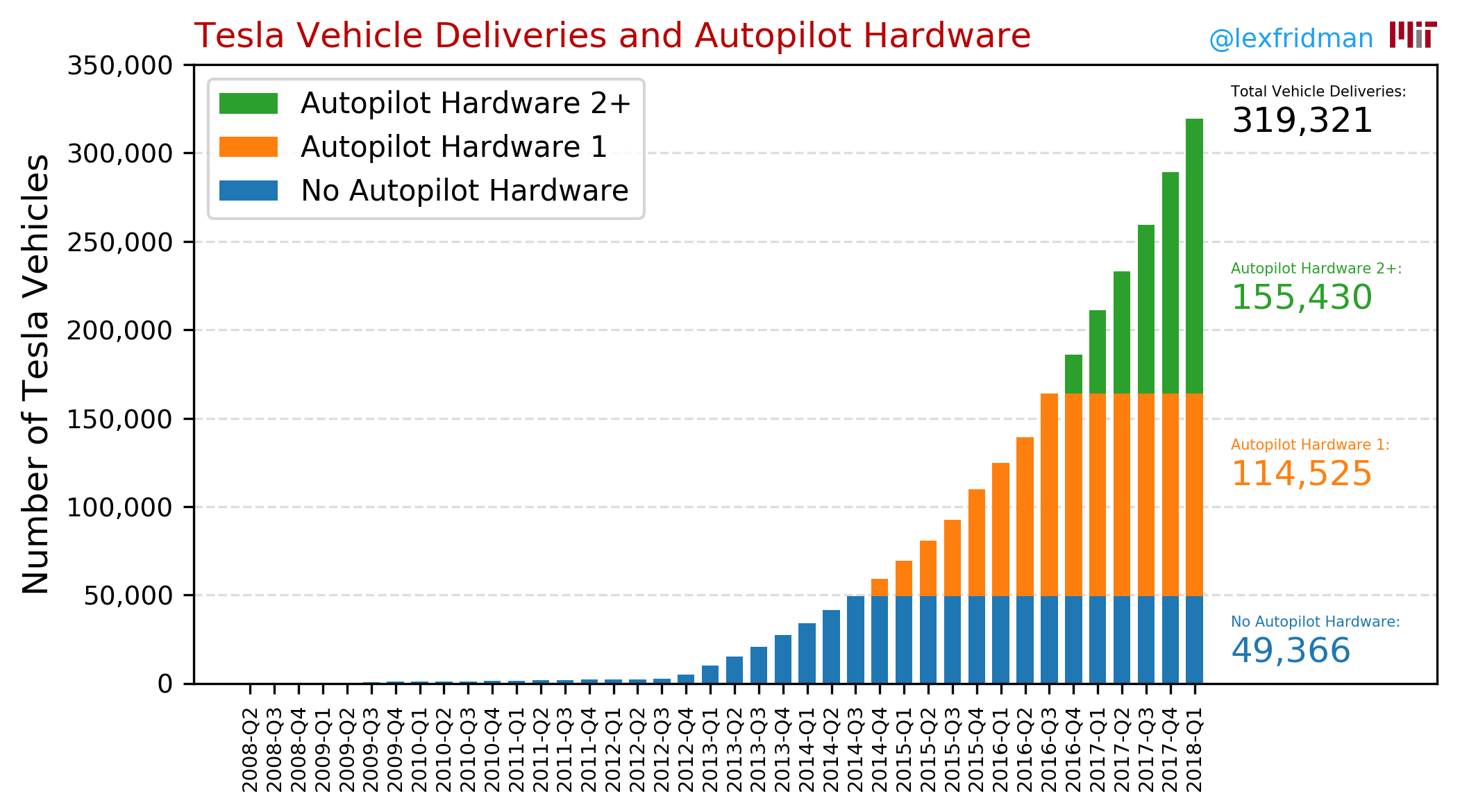