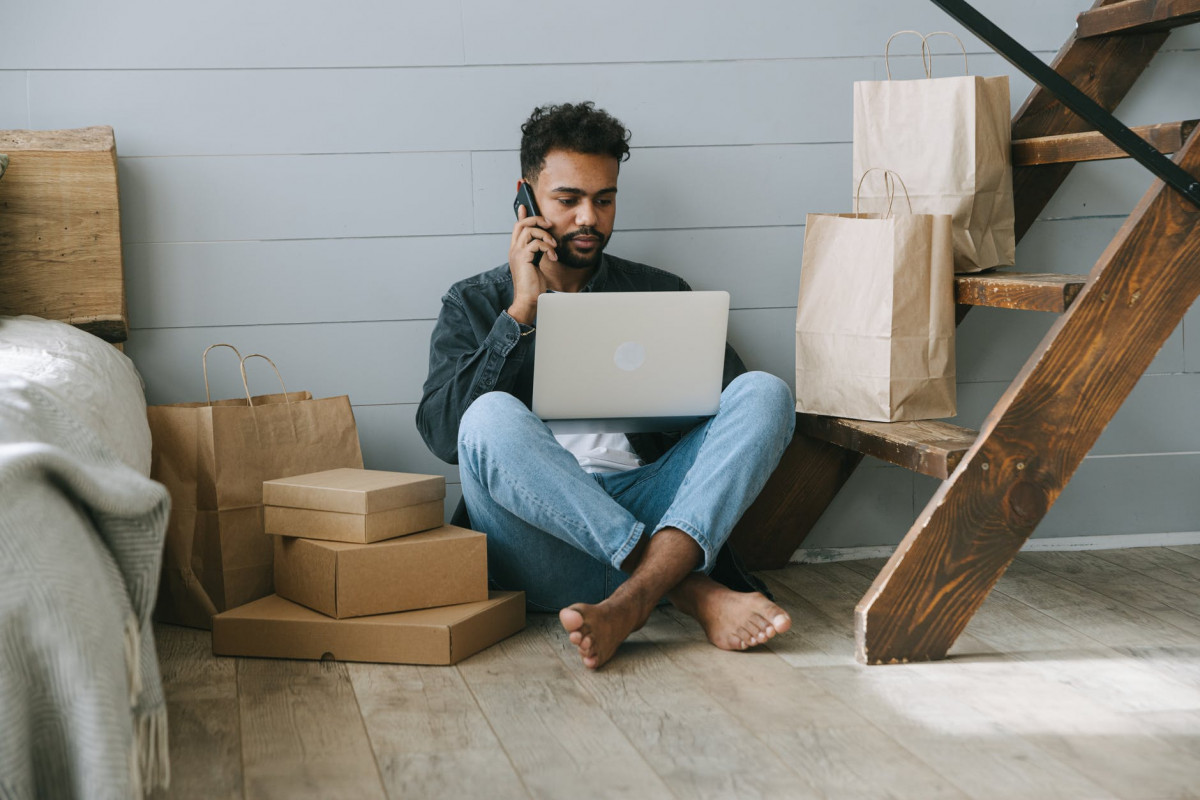 There are very few WiFi channels and most are congested, so the quest goes on for more spectrum and channels to avoid everyone else WiFi Access points. The 2.4 GHz band, the ISM band (Industrial, Scientific and Medical), is super crowded with only three non-overlapping 20MHz channels at 1, 6, and 11. And when 5 GHz opened up, it seemed like a bonanza although the range was really low. But pretty soon, if you want to really haul ass with your 1Gbp full-duplex (that is you can transmit and receive simultaneously) Comcast broadband, it's nice to have 800-1.2Mbps on the WiFi side. Remember that WiFi rates are half-duplex (you can either transmit or receive but not both), so that 800-1.2Mbps per client translates into 400-600Mbps in Ethernet full-duplex. The problem is that there are only two 80 MHz channels at traditional 5GHz.

One point of relief is that there are some more channels (actually quite a few, like four more 80 MHz channels), but they come with Dynamic Frequency Selection (DFS) restrictions. For years now I've avoiding used DFS channels on 5 GHz. These are channels that are shared with legacy FAA weather radars. In the old days, they could be used, but the power was turned down significantly, but now you can use them, particularly in areas without FAA weather radar.

In a normal 5GHz channel, the low bands 36, 40, 44, and 48 are called UNII-1 which stands for Unlicensed National Information Infrastructure and were originally designed for indoor use. The U-NII-1 also known as the low band and originally had a 50mW power limitation, but in 2014, they were allowed for outdoor and can go to 1 watt. Each channel is 20MHz, so if you want maximum performance and you don't have lots of interference, you can bond them into a single 80MHz channel or into 40Mhz. There's a complicated map of bonding since the channels have to be adjacent. Since this is completely free of other uses, you will find lots of folks using these channels. Note there are some channels that are not used by Unifi like 50

Then there is another block of 100MHz called U-NII-3 which are also completely free of other uses. They are also called channels 149, 153, 157, 161, and 165. Normally a WiFi router will use 149-161 as another 80MHz channel. You can theoretically then also use 165 as a 20MHz channel, but I've not seen that used much but it's there. Because this is also completely free of other users, this is very commonly used.

The FAA has some Terminal Doppler Weather Radars on the East Coast that monitors thunderstorms and microgusts, but you can use these frequencies unless the AP detects the weather traffic using something called Dynamic Frequency Selection or DFS (part of 802.11h). As an aside, there are no such radars in the Pacific Northwest, California, or the upper mountain states like Montana, Wyoming, North and South Dakota as well as Nebraska, or New Mexico, because thunderstorms are so rare, so they are ripe for the picking as most consumer APs do not use them.

In the old days, their transmit power was limited to 250mW because of the interference problem, but now they can use the same power at 1W, so turning your network there might be a good idea. The main problem is that DFS has a slow startup time because it has to do a Channel Availability Check (CAC). When an AP starts, it must wait for a minute looking for radar pulses. In one band, it is 10 minutes in Canada and Australia for 5600-5650 Ghz. And when it periodically detects interference, it will switch clients to another channel for 30 minutes. It then continuously scans looking for radar after that initial period and if it detects it, the AP moves off the channel in less than 10 seconds and stays off for 30 minutes. So it's a problem if you are near an airports listed above or you have falling.

This all sounds great, but detecting a radar is hard and you can get spikes or other problems so those APs may shut down and move to another channel. The problem is that the radars are not continuous, they emit pulses of dizzying variety in short sequences so these are typically 1-20 microseconds with 12-100 pulses per burst.

So, the main thing to do is to have enough overlapped coverage so you don't leave a hole. For instance, if there is a 2.4GHz network or some other 5GHz channels in channels 36-44 or channel 149-161 you should be safe.

What the heck is TPC?

Transmit Power Control (TPC), part of 802.11h, is used only in the DFS channels in the US. What this basically means is that the power at the AP can be automatically turned down so that if a client can say only transmit at 50mW, then the AP will turn down to 50mW because any additional power is wasted. This is not configurable, but it does mean that you do not control this. On the flip side, the old 250mW rule is no longer in effect, so you can blast up to the full limit of your AP. More on that later, but it does look like different APs have different maximum power by channel. Also remember that power is linear but if you are talking about decibel DB, that's a log scale so a -63 dBM signal is twice as powerful as a -66 dBM signal. And that means 9dB is 8x more powerful, you get the idea

Each AP has a different maximum power and antenna gain

OK, so here is what I didn't know, different Unifi Access Points have different maximum power outputs and they have different antennas. A small amount of power with a good antenna can equal to a lot of power pushed through a bad antenna. So, you have to know both the antenna gain and maximum power output, by randomly walking through the various channels, here's what I've learned. Basically, the amount of gain depends on the radiation pattern and of course the obstructions, but in a completely anechoic environment, Ubiquiti actually publishes the patterns and they are real eye charts since these are 3D objects, there is both power from the top and bottom and the radial pattern. In general, UniFi APs like to be pointed with the rounded side in the direction where you want to receive things. So if it is say wall-mounted, it will be pointed towards the wall. You basically never just want to leave the UFO point straight up, they have a directional bias. Not surprisingly long-range models like the U6 LR have much high gain, so U6 LR > U6 Pro > nanoHD > HD > AC Pro. This makes some sense, the Unifi WiFi 6 is the latest versions. The older generation nanoHD is smaller, but the UAP-HD is a high density system so its antennas are intentionally less radiating. Finally, the AC Pro is the oldest of all.

And remember 3dB of improvement is double the power available, so the LR is by far the best if you are booming outdoors for instance. The nanoHD is great for indoors. The UAP HD is for small cells and then the AC Pro is good for fill-in and small areas. Note that for the UAP HD, it has differing maximum power for each channel, so 132 looks best. I'm not quite sure why this is. Also the UAP U6 Pro DFS maximum is much less the LR, so we prefer to put those on DFS channels

Ok, the next thing to make sure of is that you don't have APs that are on adjacent channels. For instance, if you have an AP at channel 1 and channel 36, then the AP next to it should not be next to it. For 2.4GHz it means it should be a channel 11 leaving channel 6 open. For 5GHz, that means that if you have 36, then you should not use 52 next to it, you can use another of the other. The other adjacent channels are 100, 116, and 132 with 149 isolated in all cases.

Why not use automatic optimization? A manual algorithm

This all becomes a bit of a 3D math problem. Note that you can turn on automatic optimization, but most folks say it is better to just do it all manually. Instead what I do is do a 3D drawing and then manually allocate the channels using the tools above. Then with the "fill in APs", I run them in WiFi Scan mode and adjust them

Now one problem is that with these DFS channels, a client device has to scan a lot more channels to pick up a DFS channel if it roaming to a new WiFi network (normally a phone for instance does not use WiFi and then wakes up, if the signal isn't strong, then it needs to roam to a new AP). Practically speaking in a setup where the regular non-DFS channels are good enough it, means that a client just sitting there will eventually roam to a more powerful DFS channel. An iPhone for instance only 1 in 6 times does a DFS scan because there are so few networks that use it. So DFS works for slow-moving or stationary devices, but not if someone is walking around fast and you don't have non-DFS channel overlap.

At least for these small home systems that's not much of a problem, it's pretty easy to use channels 36 and 149 to get coverage everywhere and then fill in with the DFS channels, 52, 100, 116, and 132. So what I do is leave my long-range APs on 36 and 149 and then fill in with the odd ones. Alternatively, if you have 2.4GHz coverage and there is not a lot of interference, that works too.