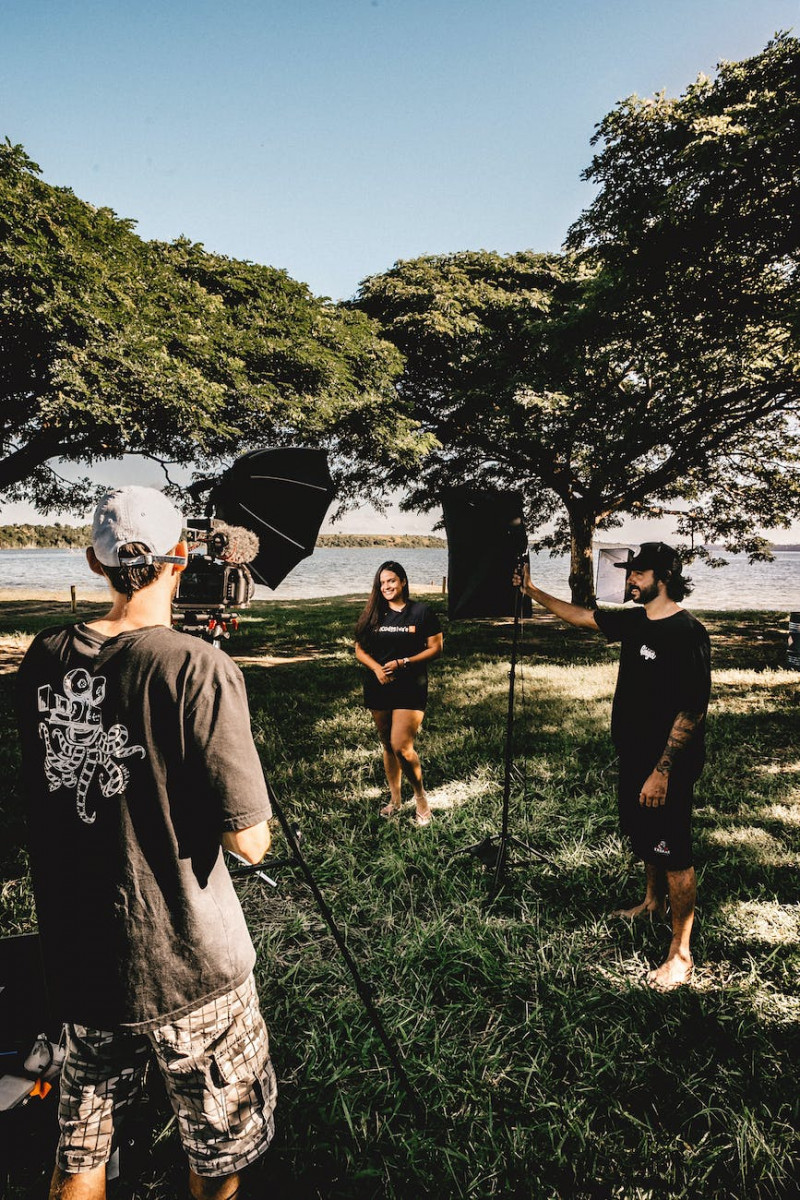 Daily Videos on Holidays with iMovie and Final Cut Pro

Well, I've already written how you can edit and shoot an entire wedding video on the iPhone 12 Pro Max with the included iMovie, but just this week, I did a series of "dailies" from a hiking trip that went really well. We were completely off the grid, so all the photos had to be gathered by Airdrop. This worked super well, I'm amazed at how reliable Apple has made this, but with all phones that included an iPhone 6, 6s, 11, 12 Pro Max, and 13 Pro, we were able to just turn on Bluetooth and WiFi and sharing was basically instant as long as you said: "Anyone could connect."

Step 1. Gather the photos and videos via Airdrop and SD cards

It is not super intuitive to most people that Airdrop needs both Bluetooth and WiFi, but for tech geeks, it makes sense, it used Bluetooth to send closeness and then sets up an ad hoc and invisible WiFi network to transfer 100 or more photos in less and 15 seconds.

We were also able to gather non-Apple device information. I'm really happy the Apple MacBook Pro 14 has an SD slot, I had thought this was silly, but in these circumstances, it made it easy to collect data from two Canon DSLRs.

The only glitch was actually getting photos from an Android phone. I had thought that with Android Studio this would be easy, but it turns out you actually have to download the SDK, so next time I'm going to have Android File Transfer ready so I can just plug it into the USB C port. We actually did try to get data via an Amazon Kindle but that was a real failure.

Step 2. Choosing between an iPad and a MacBook depends on the music

OK, then the question is whether to use the iPad to do all this or a MacBook. Turns out this all depends so just one question, did you download music? This is because music really makes a video great and in our case, two years ago, we used an iPad with iMovie to great effect, but this time, I forgot to download music, but fortunately, I had some real MP3 on the MacBook so that is what we used.

The main lesson here is that music really makes a slideshow great, so we went with the MacBook for this time.

Well, here is one of the strange things about Photos is that it has a great Slideshow mode, you access by creating an Album (not a Shared Album that doesn't work!). And then in the upper right, you click on Slideshow and then you can select Music and it really works well. The main issue is that there is actually no way to edit or save anything, but it is super fast. And here you have to have Apple Music downloaded content to play anything.

So, if doesn't work and you only need 1080p SDR movies, then iMovies is the next simplest thing. It is bundled and you have to make sure it is loaded and then is pretty perfect. The main thing is that when you switch it to Ken Burns effects sometimes, it does the wrong thing, but it's easy to go through and fix it. It also has decent titles. It was terrific to be able to go through and edit a bunch and then have a movie of 8 minutes or so ready to go.

Step 4. If you want HDR and 4K movies then Final Cut Pro

Well, this is all well and good but for the final result, you might want to take advantage of the 4K HDR content that you were hopefully shooting with your iPhone 13 Pro in Cinematic Video mode or the HDR photos you were taking. Then things get more involved and hopefully, you have Final Cut Pro around. It is the big brother to iMovie and in fact, you can take Events that you have in iMovie and move them over.

But there are some real gotchas here that are not that clear, so for example:

The Confusion that is HDR

OK one important note is that HDR is a real mess inside Final Cut Pro especially when you are integrating SDR (Standard Dynamic Range) with HDR (High Dynamic Range content). SDR has a limit of 100 nits. As a refresher, a nit is the total amount of light emitted by a single candle that shines on a square meter (technically $1 cd div m^{2}$). So it's pretty dim. A movie theater for instance has a maximum illumination of 50 nits (that is at the brightest scene), you get the equivalent of 50 candles per square meter of the screen. In contrast, lumens is the amount a projector emits. An SDR has a maximum brightness of 100 nits, but an iPhone 14 Pro with its OLED screen has a peak HDR brightness of 1600 nits and the iPhone 13 Pro is 1200 nits. (Outdoors, the iPhone 14 Pro can go up to 2000 nits which is very welcome on these bright climate-change days). And an LG C9 OLED has a brightness of 780 nits, so not as bright as an Samsung QLED. Also note that it depends on how much of the screen is bright, so for instance, an LG C1 is 799 nits with 2% of the screen bright but 146 nits with the entire screen on at 100%.

So what are the color spaces that are used in say a standard iPhone or a Canon camera:

Now to create things for Apple devices is pretty easy, you can

Sharing with Google photos is pretty easy. You just go to Google Photos and choose Upload. You want to do this first to your core timeline and then create a Shared Album and import those. One complication is that Google supports 4K but not HDR on playing, so in addition, if you want HDR viewable on the web and you don't want people to download it, you need to upload the HDR to YouTube which does support it.

Why do you care about HDR, well the big reason is that SDR has a brightness of at most 100 nits, but HDR can go up to 10,000 nits (really bright is the translation). Technically what is happening is that instead of 8-bit-per-color of SDR, but to 10-bits-per-color of HDR, lots more colors are available. The main complication is how to transcode the thing properly and it is definitely not easy to do:

Step 6. Publish to Apple Photos and the order

The next thing to do is to publish this stuff into a shared album, the main complexity is that there is no way to force an order here, so you have to be careful and methodical: